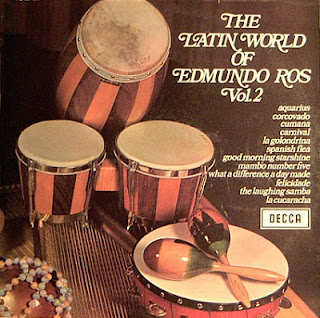 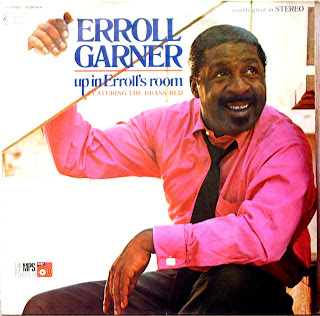 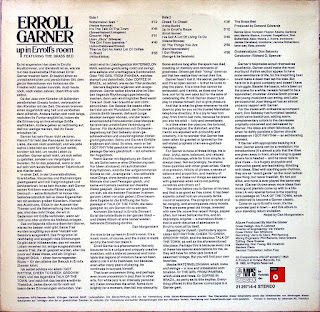 Erroll Garner - Up in Errolls Room 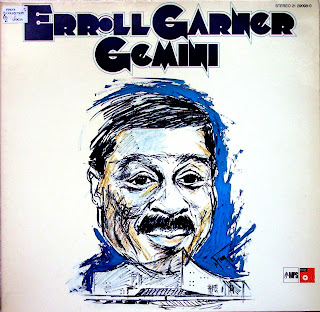 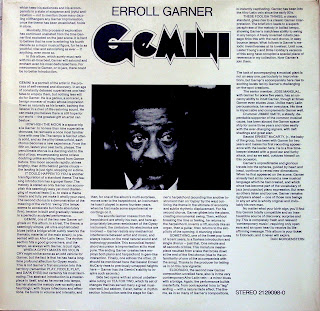 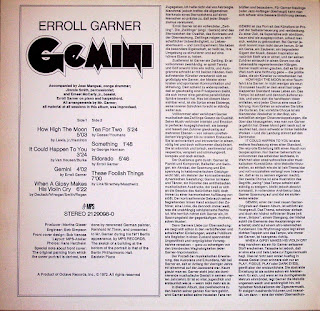 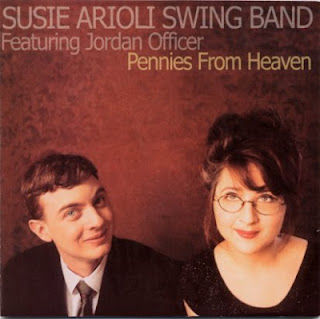 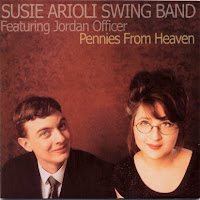 As soon as this sweet baker's dozen swings into action, you may feel as if you have walked into a lemonade commercial. The slightly sleepy fretwork of Jordan Officer gets the opening title track off to a dreamy start and Susie Arioli's brightly burred vocals follow along quite nicely. Pacing up for "Honeysuckle Rose," down again for a sparkling "Night and Day," and then way up for a rockabilly ride through the well-titled original "Jordan's Boogie," the dynamic duo and their competent support staff keep the mix interesting but never lose their underlying sense of fun. Even in the after-hours ballad "Don't Explain," Arioli keeps a slight smirk in her voice, as if her man has done her wrong and he wants to watch him squirm a bit. Similarly, the chugging blues "Having Fun" retains its titular tone despite its downtempo setting and "I'll Never Smile Again" is laced with a subtle hint of pride. Even when the music is slow and mellow, Arioli's ability to capture and project its mood-lifting capacity that makes the song (and the band) truly swing.
Track Listing: Pennies from Heaven; Honeysuckle Rose; Night and Day; Fooling Myself; Jordan's Boogie; Don't Explain; I'll Never Smile Again; Having Fun; Sit Down Baby; Walter's Flat*; He Needs Me; Do Nothing `Til You Hear from Me; No Regrets.
Personnel: Susie Arioli: vocals, snare drum; Jordan Officer: guitar; Michael Jerome Browne: guitar; Jeff Healey: guitar; Solon McDade: bass; Colin Bray: bass; Ralph Sutton: piano (10). 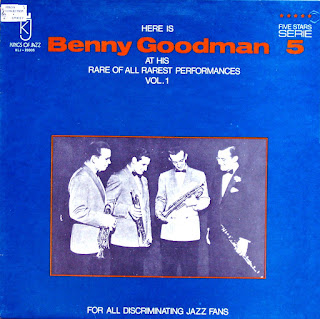 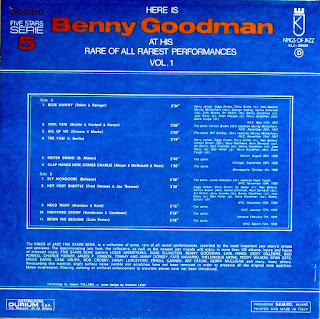 Benny Goodman at his rare of all rarest performances vol. 1 - 60's -  Durium 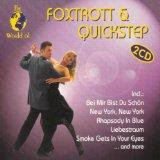 Címkék: he World of Foxtrott and Quickstep

Timi Yuro - The very best of 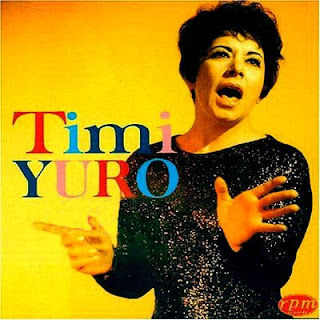 According to her record label, Liberty Records, Yuro moved with her family to Los Angeles. There, she sang in her parents' Italian restaurant and in local clubs before catching the eye and ear of record executives. Signed to Liberty, she had a U.S. Billboard No. 4 single in 1961 with "Hurt", an R&B ballad that had been an early success for Roy Hamilton. On "Hurt" and on her Billboard No. 12 follow-up in 1962, "What's a Matter Baby (Is It Hurting You?)", Yuro showed an emotional but elegant vocal style that owed a debt to Dinah Washington and other black jazz singers. Many listeners in the early 1960s thought Yuro was black. She opened for Frank Sinatra on his 1961 tour of Australia.

In 1963, Liberty released Make the World Go Away, an album of country and blues standards. The singer at her vocal peak, this recording includes the hit title song (later a bigger hit for Eddy Arnold, with whom the song is usually associated), a version of Willie Nelson's "Permanently Lonely", and two different blues takes of "I'm Movin' On". Yuro was also known for soulful reworkings of popular American standards, such as "Let Me Call You Sweetheart", "Smile", and "I Apologize".

In the 1960s, Yuro made two TV appearances on The Ed Sullivan Show and was a guest on American Bandstand, Where the Action Is, and The Lloyd Thaxton Show. In 1967, Yuro appeared in a black-and-white film in the Philippines as a guest star alongside Filipino comedians Dolphy and Panchito in a comedy titled Buhay Marino (Life of a Sailor). At that time, the singer was very popular in the Philippines.

By the late 1960s, Yuro had performed in venues from London to Las Vegas. However, her career soon lost its early momentum, and she quit the music business altogether after her marriage in 1969. 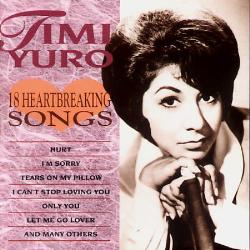 In 1981, Yuro attempted a comeback in the Netherlands, performing as a guest of honor on Dutch national television. She rerecorded a version of "Hurt" that reached No. 5 on the Dutch pop charts. She also signed to the Dutch record label Dureco to record a new album, All Alone Am I; it went to No. 1 on the Dutch album charts and was eventually certified as a gold record. With these successes, Yuro moved to the Netherlands and continued with a string of hit singles and albums. After her record sales began to decline there in the mid-1980s, Yuro returned to the United States.

In the mid-1980s, Yuro's American doctors detected throat cancer. Her larynx was eventually removed, and in 2004 she died of cancer. Her last recording was the vinyl album Today, which was released in 1982 by Ariola and produced by her old friend and collaborator Willie Nelson. In 1990, the disc was reissued as a CD, remastered and remixed by Yuro herself on her own label Timi and titled Timi Yuro Sings Willie Nelson.

Yuro's work is admired in the United States as well as in Great Britain and the Netherlands. According to the obituary in the Las Vegas Sun, her hometown paper, Yuro's most famous fan was probably Elvis Presley, who commanded his own table at the casino where Yuro headlined in the late 1960s. (Presley had a Top 10 country hit, and Top 30 pop hit, with his 1976 version of "Hurt".) In April 2004, Morrissey announced Yuro's death on his official website, describing her as his "favorite singer". (Morrissey also recorded a version of Yuro's "Interlude" with Siouxsie Sioux in 1994.) P.J. Proby knew Timi Yuro from their time in Hollywood, and often mentions it during his performances of "Hurt".

Elkie Brooks recorded a version of Yuro's classic "What's a Matter Baby" on her 1988 album Bookbinder's Kid. Yuro was so impressed with the version, she contacted Brooks while she was on a UK tour, and the two kept in contact.

Yuro found success on the dance floors of northern England in the 1970s and 1980s when Northern Soul DJs championed her up-tempo tracks of "It'll Never Be Over for Me" and "What's a Matter Baby". The former has remained an important Northern Soul track; the latter was re-released on Kent Records in the 1980s.

In 2008, a website managed by the Official Timi Yuro Association was up and running: http://www.timi-yuro.com/

The Official Timi Yuro Association was founded by Timi Yuro and Andy Lensen in September 1981 for her fans worldwide. Its current goals are to promote Yuro's music and legacy by sharing memories, stories, articles and photos, and exchanging information about her biography, discography, rare recordings, and live and recorded performances. 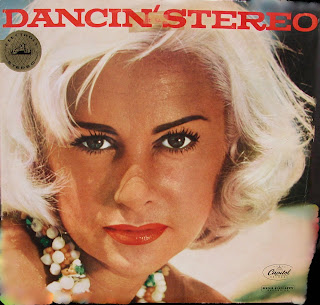