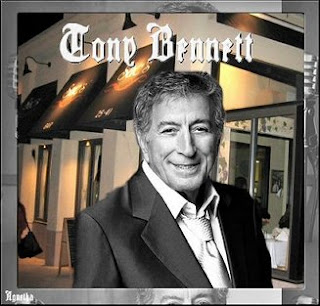 Tony Bennett (born Anthony Dominick Benedetto on August 3, 1926) is an American popular music, standards, and jazz singer who is widely considered to be one of the best interpretative singers in these genres. Tony began his career as a crooner singing commercial pop tunes. His first big hit was "Because of You", a ballad produced by Miller with a lush orchestral arrangement from Percy Faith. It started out gaining popularity on jukeboxes, then reached #1 on the pop charts in 1951 and stayed there for 10 weeks, selling over a million copies. This was followed to the top later that year by a similarly-styled rendition of Hank Williams' "Cold, Cold Heart", which helped introduce Williams and country music in general to a wider, more national audience. The Miller and Faith tandem continued to work on all of Bennett's early hits. Bennett's recording of "Blue Velvet" was also very popular and attracted screaming teenage fans at concerts in the famed Paramount Theatre in New York.
Bejegyezte: Audio Design Studio dátum: 17:20