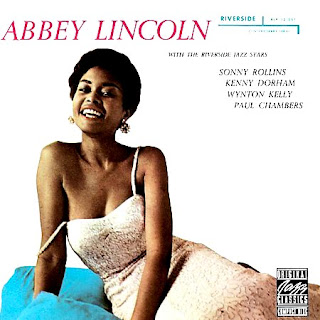 This 1957 release marked Abbey's first early peak. It's a wonderful and confident set with a stunning ensemble: Sonny Rollins on tenor sax and Kenny Dorham on trumpet, Wynton Kelly on piano, and a rhythm section of Paul Chambers on bass and Max Roach on drums. Lincoln opens with Oscar Brown Jr.'s "Strong Man"--Lincoln was one of the performers who regularly recorded his songs prior to his own debut as a recording artist in the early '60s. Kelly in particular is a wonderfully supportive accompanist, dancing around her with grace and style. The gorgeous and dramatic "Tender as a Rose" is presented acapella. Throughout, Lincoln's singing easily mingles jazz, blues and folk influences and phrasings. This strong album pointed the way to her ABBEY IS BLUE, her essential work recorded two years later.