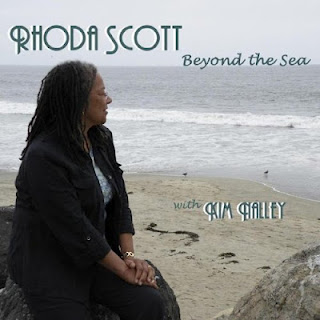 Born: July 3, 1938 Instrument: Organ, Hammond B3. The daughter of an AME minister, Scott spent much of her childhood in New Jersey, where she learned to play organ in the churches where her father served. Soon she herself was serving frequently as organist for youth and gospel choirs at her father's and other churches. Scott later studied classical piano, but she concentrated on the organ, eventually earning a Masters' degree in music theory from the Manhattan School of Music. By this time she had been asked by a choir member to fill in with a small band as a jazz pianist. Enjoying the music, she agreed to stay on with the band on condition that she be allowed to play organ instead of piano. Choosing as her instrument the Hammond Organ, she soon became a preeminent jazz musician.
Scott was first attracted to the organ in her father’s church at age seven. “It's really the most beautiful instrument in the world,” she stated in a recent interview. “The first thing I did was take my shoes off and work the pedals.”[1] From then on she always played her church organ in her bare feet, and to this date she has continued the practice, earning her nicknames such as “The Barefoot Lady” and “The Barefoot Contessa.” Following her lead, many other performers of popular organ music now also play barefoot. Because of her church training, however, Scott uses the pedals to play a genuine bass line, unlike many other jazz organists, which allows her to use her left hand for more elaborate chord work.[2] The resulting music is an energetic fusion of musical styles that partakes of jazz, gospel, and classical, reflecting both Scott’s early experience and her formal training.
In 1967 Scott moved to France, where she has since spent most of her career and earned recognition far greater than that accorded to her in the United States, though she often performs in the latter country as well.
Bejegyezte: Audio Design Studio dátum: 21:22