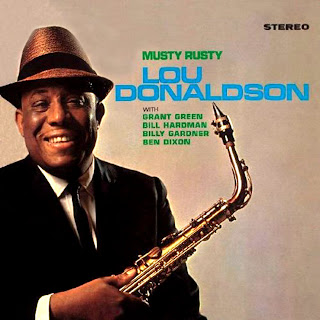 Lou Donaldson (born November 3, 1926) is a jazz alto saxophonist. He was born in Badin, North Carolina. He is best known for his soulful, bluesy approach to playing the alto saxophone, although in his formative years he was, as many were of the bebop era, heavily influenced by Charlie Parker.

His first recordings were with bop emissaries Milt Jackson and Thelonious Monk in 1952 and he participated in several small groups with other jazz luminaries such as trumpeter Blue Mitchell, pianist Horace Silver, and drummer Art Blakey.

In 1953, he also recorded sessions with the trumpet virtuoso Clifford Brown, and Philly Joe Jones. He was a member of Art Blakey's Quintet and appeared on some of their best regarded albums, including the two albums recorded at Birdland in February 1954 Night at Birdland.

He has recorded in the bop, hard bop, and soul jazz genres. For many years his pianist was Herman Foster.
Bejegyezte: Audio Design Studio dátum: 21:49